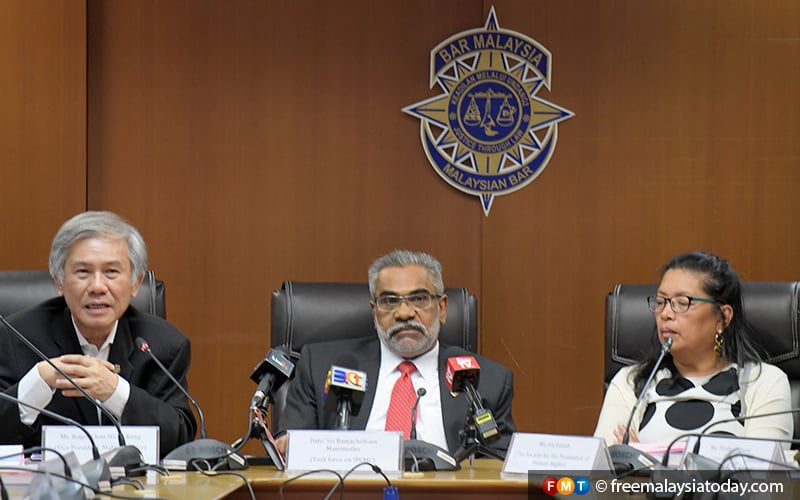 KUALA LUMPUR: The bill to set up the Independent Police Complaints and Misconduct Commission (IPCMC) by the end of this year should consider the views of all stakeholders, including civil society, say lawyers and activists.

M Ramachelvam, who is co-chair of the Bar Council’s task force on the IPCMC and police accountability, called on the government to conduct proper consultations before tabling the bill in Parliament.

“It is imperative that the bill receives widespread consultation to take into account various suggestions,” he told a press conference after a roundtable discussion on “IPCMC Without Further Delay”.

The discussion was attended by members of the Attorney-General Chambers and civil society. Also present were representatives from various retired police officers’ associations.

“We have gathered good recommendations of what should be in the bill,” Ramachelvam added.

He said the IPCMC should have disciplinary — not prosecution —powers, adding that this would include the power to caution and to give warnings and reduce ranks.

He said IPCMC should also be able to suspend or dismiss rogue police officers.

He said the power to prosecute for criminal offences will remain with the attorney-general. If an IPCMC investigation reveals any criminal elements, the public prosecutor will be informed.

Human rights activist Ivy Josiah, from the Society for the Promotion of Human Rights (Proham), said the draft bill currently being prepared by the Governance, Integrity and Anti- Corruption Centre (GIACC) should be made public to enable more feedback from NGOs and civil society, especially with regards to its disciplinary powers.

She hoped that any IPCMC decision be actionable, instead of merely being a recommendation.

Ivy said when the IPCMC recommends that a person be dismissed or demoted, that recommendation must not be overlooked.

She said the recommendation must be taken seriously and followed through, with the affected person allowed the right to appeal against decisions of this oversight body.

Another member of the Bar Council task force, Low Wei Loke, said police officers still against the formation of the IPCMC should change their views.

“Its formation is not meant to single them out but to change public perception.”

He gave an example of the occasional police shootings that gain public attention.

“The public tends to think that this is unlawful, but this is not necessarily so as the shooting could be justified. But why does the public tend to have such a view? That’s because the police are investigating themsleves.”

Low said the IPCMC would be able to act as an independent body to instil confidence in the public.

Vice-president of the Malaysian Bar Chan Weng Keng said there was a need to instil public confidence in the police due to its long history of allegations of abuses of power, police brutality, corruption and death in custody.

Recently, Home Minister Muhyiddin Yassin announced that the IPCMC would be established before the end of this year following a meeting between Inspector-General of Poice Abdul Hamid Bador and the GIACC.

Various parties have criticised the setting up of the IPCMC, including former IGP Fuzi Harun.